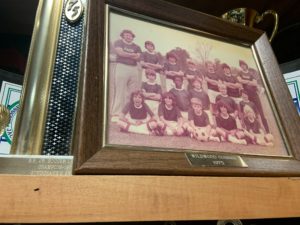 What started as a small dream for both Ralph Mayer, Scott’s dad, and his friend Jan Weinen has become so much more for everyone who bought into their idea. Through their devotion to this plan, we are lucky enough to participate in what we know the club and organization to be today.
Ralph Mayer was from Germany and grew up playing soccer so well that he would end up in New York playing professional soccer. After his time in the concrete jungle, he would go on to serve in the military and eventually found himself settling down in Baton Rouge with his family. He and Jan met working for a department store in downtown BR known as Godchaux’s, which was owned by the well-known Sternberg family at the time. They showed great support in helping the two friends get their idea off the ground by sponsoring their very first tournament and supplying them with all the team apparel and any other materials necessary.
These two individuals displayed a great level of dedication to this idea of a cheap and fun way for kids to learn about and participate in the beautiful game. Ralph and Jan did so by going to many different school boards and meetings across Baton Rouge to promote this proposal and started by persuading BREC to aid them in this initiative. With the help of both parties, they went on to build fields at several different schools for both them and the schools themselves to use. As Ralph still had some minor things to figure out, Scott was tasked with keeping up with the fields at each school and manicuring them on the weekends until they could figure out a more permanent solution.
Through their basic necessities being met, they were able to get enough participants to form 7 teams within the league. With the assistance of everyone involved, their very first elimination style tournament took place, won by the young Wildwood Cobras, and coached by Scott and his friend Bill Adkinson. Some notable players from this team include Eric and Scott Derk, Timmy Daffin, Kevin Cuss, and their goalkeeper Charles Morgan. However, the coaches stayed with the team for a few years afterward until Scott returned to school to become a teacher and coach out of this newfound love. He would go on to coach for both Tara and Broadmoor high school even after his son was able to play under him.
As soccer began to become more and more popular throughout Louisiana due to leagues being set up like this one, it allowed the LHSAA to officially incorporate the sport in high schools throughout the region. This only helped the new soccer association garner more attention and more participation, so much so that they were able to start teams with older kids and even introduce their recreational adult leagues. Scott was rather reminiscent of the adult leagues, where he described it as just an enjoyable atmosphere that allowed people to get together and create lasting friendships.
Ralph Mayer and Jan Weinen created so much more than just a fun league for the youth to become disciplined and connected in. Through their commitment to promote a love for the game, they demonstrated vast levels of passion that have gone on to create a wonderful community of people carrying on their legacy. As we remember and honor the beginnings of this club, we are a part of, we should continue to contribute to the efforts and ultimately relish what they’ve done for us.