The New Year's JV Cup is a collaborative effort between BRSC and Dunham to hold an opportunity for JV teams to get in some challenging games during the season. The Tournament is open to all high school junior-varsity teams.  All games will be two 30 minute halves, including the ﬁnals.  A game ending in a tie in group (pool) play will remain a tie. 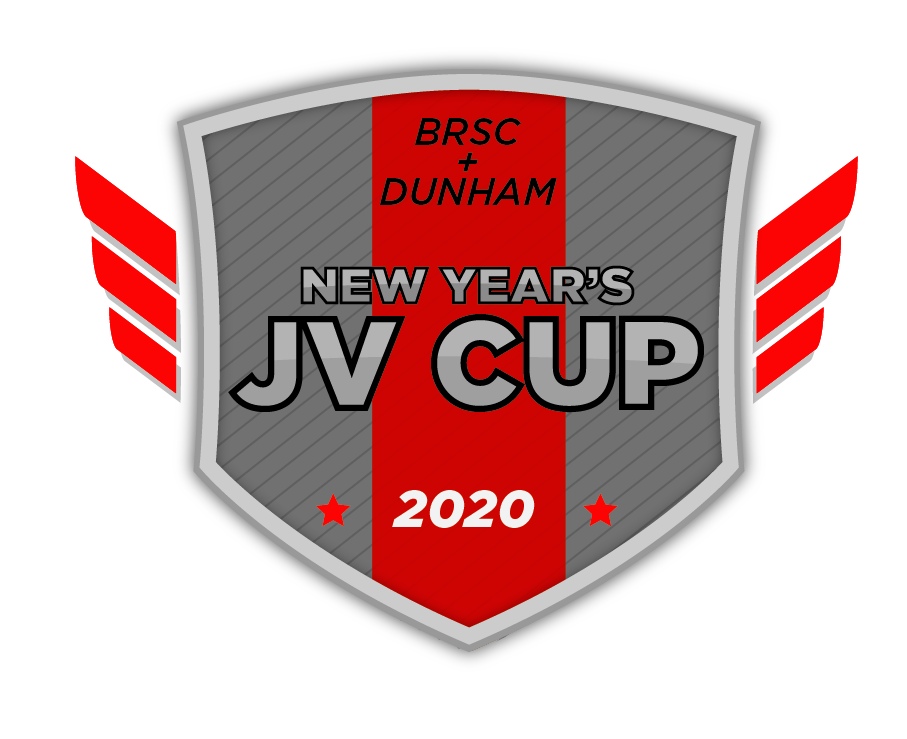 RULES OF THE TOURNAMENT: The Tournament Director reserves the right to make changes as needed to the schedule.  All games will be two 30 minute halves, including the ﬁnals.  A game ending in a tie in group (pool) play will remain a tie.
ROSTERS: Paper Rosters must be available for the referee for each game.
UNIFORMS: The home team on the schedule is responsible for changing uniforms if a conﬂict in colors exists.  VISITING team should dress in White Jersey and Socks.
POINT SYSTEM: (Maximum of 11 points per game) Team standings will be based on the following point system:    6 points for a win;             3 points for a tie; 1 point for each goal scored win, lose or tie (up to 4 goals);    1 point for a shutout (win or tie)    Group Winners will be selected according to the following criteria:  1ST – Point total (based on above point system) 2nd – Head-to-head competition (if only two teams tied in points)  3rd – Goal Differential (4 goal maximum differential)  4th – Fewest goals allowed  5th – FIFA penalty kicks shootout (maximum of 2 teams)
NOTE: In the event of a three-way tie (or more), head-to-head will not be used. If all other tie-breakers are equal, then the tournament director will decide who advances to the PK shootout based on the ﬂip of a coin. (Odd man out)
Finalists will be seeded based on points from group play.
WEATHER CONDITIONS:
In case of inclement weather, the Tournament Director will determine if the games are to be played, based on advice from the referees, as well as Baton Rouge Soccer Club, as we do not want to destroy their ﬁelds. Once the game begins, the decision rests with the referee. If any matches are postponed, it is up to the respective coaches to meet with the Tournament Director for rescheduling information.
Games shall be considered complete if one half of the game has been played. The score at the stoppage of play shall be regarded as the ﬁnal score. If one half has not been completed when play is stopped, the game will be rescheduled if it affects the outcome of the tournament and if weather and ﬁeld conditions permit.
In the unfortunate event that weather prevents us from completing group play, the tournament will be canceled. All means possible will be used to avoid cancellation, including restructuring the competition. If group play is completed, but the semiﬁnals have not been completed, then a champion will be named based on the top seed in group play.
NOTE: All LHSAA rules apply, and ALL REFEREE DECISIONS ARE FINAL.
STRAIGHT RED CARDS
ANY player who receives a straight RED CARD for VIOLENT (Fighting, etc.) or PROFANE (cursing at an official, coach, player, etc.) behavior will be removed for the remainder of the tournament. Double Yellow cards will be left to the discretion of the Tournament Director. * Players must complete the online Sportsmanship Class and produce the Certificate before playing in the next game for nonviolent Red Cards.