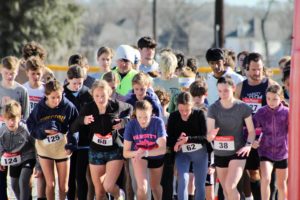 Baton Rouge, LA – On Sunday, January 30, over one hundred forty participants took the roads of Burbank Soccer Park for the second annual Box to Box 5K/1-Mile Fun Run. It was a perfect day for running with temperatures starting in the mid-30s before giving way to perfect running weather.

The 1-mile fun run featured some of the youngest runners of the event. The best time for the 1-mile went to ten-year-old Stephen Kogos, III who finished in 7:18.0. No official awards were given for the fun run but all of our youth participants were treated to Gift Certificates to Raising Cane’s.

Following the 1-Mile run, the 5K participants were challenged with completing two laps around the park for the necessary 3.1 miles. The best time of the day went to thirty-eight-year-old Travis Weisbrod of Baton Rouge with an 18:33.6 chip-timed finish. Lauren Bradford of Zachary and BRSC 08G Black had the best woman’s overall time with a 20:38.6 chip-timed finish

Proceeds from the 5K will go to further BRSC field improvements and a portion of the proceeds will be donated to Our Lady of the Lake Children Hospital. Additional details regarding the final donation amount will be announced soon.