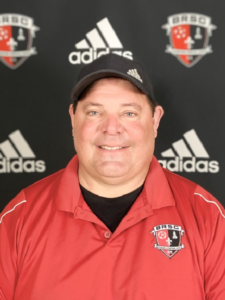 Paul grew up in Central America (Panama, Canal Zone). He played soccer in high school for Cristobal High School. He coached his first soccer team while in 11th grade and has coached with BRSC since 1995. Paul led his U18 boys’ team, Bullgators, to the State Cup. His u12 boys BRSC team was a state finalist in the 2012 State Cup. He coached for St. Amant High School and has coached for both the boys and girls teams at St. Michael High School since 2005. He is currently the Director of Boys Soccer Operations at The Dunham School. He is the Head Coach for the Dunham High School boys team.