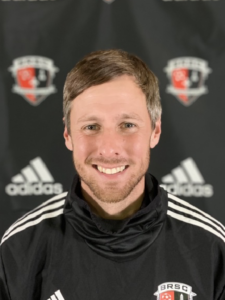 TS Noble has been coaching soccer since he was a teenager and began coaching with BRSC in 2017. He played soccer as a youth in the Shreveport area before attending LSU. TS has coached at the competitive level for 7 years, academy level for 2 years and high school level for 11 years. He works full time with Fellowship of Christian Athletes (FCA) in the Baton Rouge area. TS holds his GK III (NSCAA), Base 2 GK (UEFA-Sweden), and USSF C licenses.