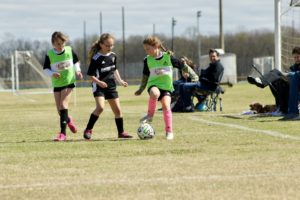 The U10 and U11 Junior Competitive Programs are for boys & girls born in 2012 and 2013 who are interested in playing competitive club soccer. Similar to the BRSC Academy, there are no tryouts, or set teams.

The purpose of the program focuses on player development, not team development. This low-stress approach allows players to explore the depths of their creativity without the stress of wins & losses. Regular games will be played on weekends. These include intra-squad scrimmages as well as games against nearby clubs. There will be minimal local travel for games. Over the course of the season, players will participate in in-house play dates, festivals, tournaments, and in the Open Cup Tournament to finish the season. Players train twice a week and are loosely placed in pools to help maximize development.

“The growth I witnessed in my son from the beginning of the program to the end was nothing short of outstanding,” said a former BRSC U10 Junior Competitive Parent. “My son wouldn’t be where he is in his development today without the positive guidance and training he received under the professional coaches in the Junior Competitive Program.”

The spring season for BRSC U10 Junior Competitive will begin in January and conclude in late April.