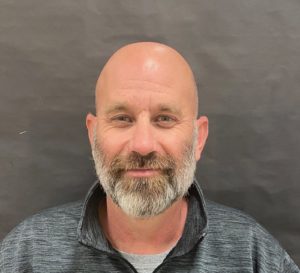 Baton Rouge Soccer Club is pleased to announce Wes Melton will serve as the Central
Campus Coordinator for the Spring 2020 Recreational Season. Wes will be present during all
Central recreational games and will serve as a representative of BRSC to ensure the smooth
operation of the league.

“Wes’s extensive background in soccer and love for Central makes him a logical choice to help
facilitate our programming and philosophy in Central,” says Kevin Hoeprich, Central Campus
Director. “We have had the pleasure of working with Wes for years and know he will help
provide the best experience possible for our Central families.”

Wes grew up in Marshall, Texas. After playing high school soccer for Marshall High School, he
enrolled at Northwestern State University to play for the NSU club team for the years. In 1994
Wes started coaching for the Natchitoches Youth Soccer League. As the coach of the BRSA DI
Bearcats, he finished the 2010 season as State Cup Finalists.

Wes currently serves as the head coach for the Central High School boys, a title he has held
since 2009. In addition to coaching high school, Wes coached both boys and girls teams for
Central Middle School from 2010 to 2016. Wes also serves as a volunteer coach for the Central
Campus since its inception in 2015.