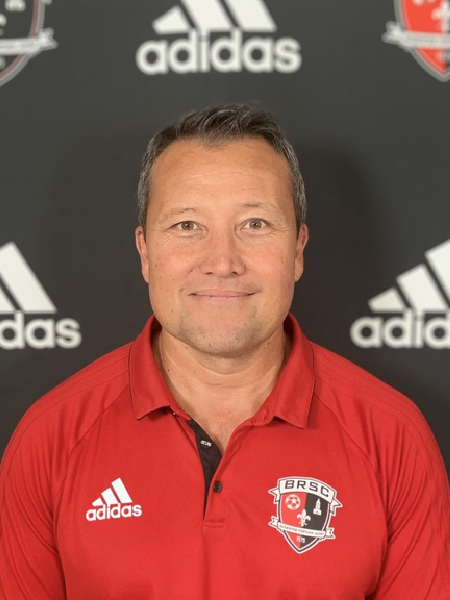 Louie Smothermon came to BRSC on February 1st, 2017, from New Orleans, Louisiana. Louie grew up in Phoenix, Arizona, and was a two-time all-state player at Greenway High School. He went on to Lander University and received his bachelor’s degree in Exercise Science. At Lander, Louie was a two-time All-American, Palmetto State Conference Player of the Year, District 6 Player of the Year, and Lander Athlete of the Year. Louie received his Master’s Degree in Sport Management from East Tennessee State University where he was a Graduate Assistant of the Year. Louie played professional indoor soccer for the Arizona Sandsharks. He played professional outdoor soccer for the South Carolina Shamrocks, New Orleans Gamblers, and was a player/assistant coach for the New Orleans Storm. Louie coached at Brother Martin High School in New Orleans for nine years with the last two as the Director of Soccer. Louie was the Director of Coaching for the Carrollton Soccer Association (CSA) in New Orleans for ten years and was instrumental in merging four Clubs in New Orleans, forming the Chicago Fire Juniors Soccer Club. Louie has been directly involved in teams that have won the Region 3 championships and qualified and participated in the U.S. Youth Soccer National League. He has helped develop many players who have gone on to play high school, region team, collegiate level, and in National Team pools. Louie has been on the LSA Olympic Development and U.S. Youth Soccer Region III staff.

Louie currently holds his USSF “A” license, NSCAA Premier Diploma, USSF “Y” License, and is a certified Life Kinetik trainer. Louie is proud to have two kids, Madelyn and Max.

Comments Off on Louie Smothermon 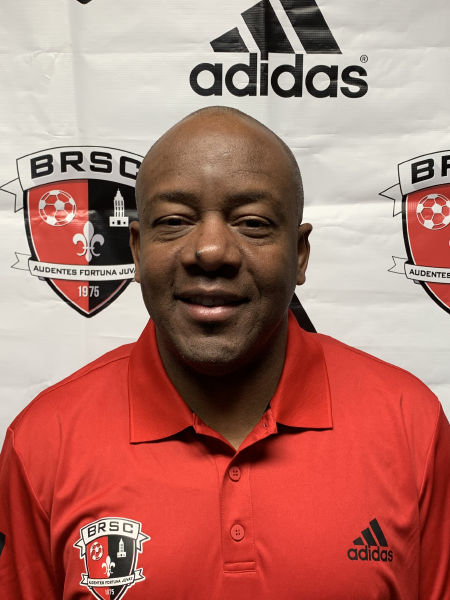 Marvin Smith is a native of Trinidad and Tobago. He came to the US on a soccer scholarship to Huntingdon College in Montgomery, AL, where he obtained a Bachelor of Arts in Human Performance and Kinesiology. Smith adds vast knowledge, playing, and coaching experience to our club. As a college player, he was a three-time All-District and an All-American player. Smith was also a member of the Trinidad and Tobago Under -17 National Team and played with the Trinidad and Tobago Football Association (TTFA) first division club Arima United and second division club Bennifica. Smith’s coaching experience includes Head Women’s, Men’s Assistant Coach, Huntingdon College, Director of Coaching, Attack Soccer Club, Head Coach/Player, Alabama Saints – Professional Development League (PDL); Alabama and Louisiana Olympic Development Program (ODP) staff coach.
Coach Smith holds his NSCAA Premier Diploma, USSF “A” License, and National Youth License. He is also the NSCAA State Technical Coordinator for Louisiana as well as a USSF and NSCAA National Instructor.

Comments Off on Marvin Smith 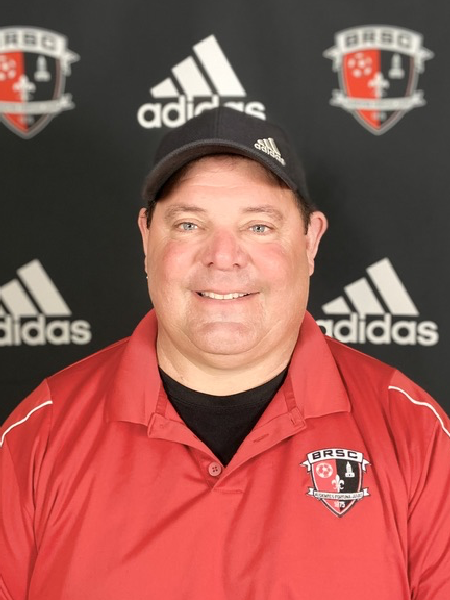 Paul grew up in Central America (Panama, Canal Zone). He played soccer in high school for Cristobal High School. He coached his first soccer team while in 11th grade and has coached with BRSC since 1995. Paul led his U18 boys’ team, Bullgators, to the State Cup. His u12 boys BRSC team was a state finalist in the 2012 State Cup. He coached for St. Amant High School and has coached for both the boys and girls teams at St. Michael High School since 2005. He is currently the Director of Boys Soccer Operations at The Dunham School. He is the Head Coach for the Dunham High School boys team.

Comments Off on Paul Fletcher 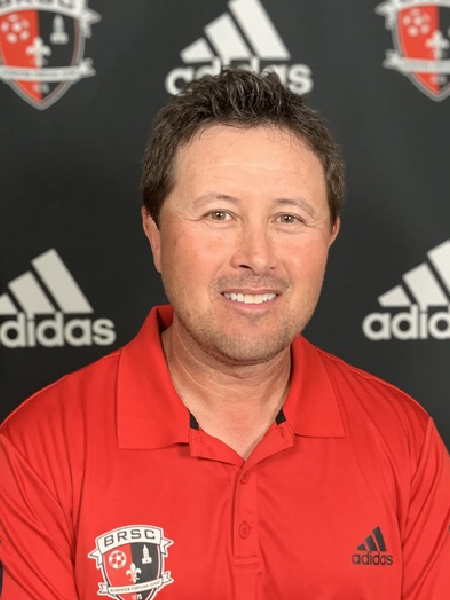 Coach Andy grew up in Phoenix, AZ. He played club and high school soccer while residing there. Andy previously coached for clubs in Phoenix and New Orleans. He was a staff coach for Carrollton Soccer Association and Chicago Fire Juniors Soccer Club for ten years.

Andy also spent the last twelve years as a Physical Education teacher and coach at Trinity Episcopal School. While there, he guided the soccer teams to numerous league championships and runner-up titles. In addition to his other duties, Andy was also the coach and instructor for the summer soccer camps. His collegiate career includes stints at Glendale Community College and Francis Marion University. He completed his education with a Bachelor’s degree in Health Education & Promotion from Northern Arizona University. Post-college, Coach Andy played in the PDL and USISL leagues for the Arizona Cotton, Phoenix Hearts, and the Arizona Saguaros.

Comments Off on Andy Smothermon 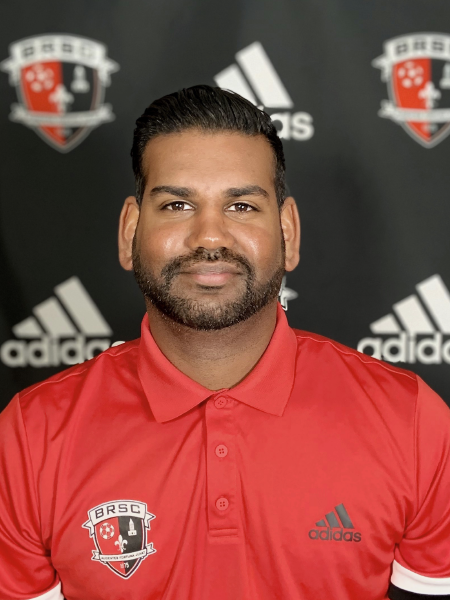 Coach Kiran Booluck is originally from London, England. He graduated from Southampton Solent University with a bachelor’s of honors degree in Football (soccer) Studies. He then moved to the USA, in the summer of 2011 working for Challengers Sports. He worked in the northern states before moving to Dallas, Texas. From there, he eventually moved to Shreveport, LA. In Shreveport, he worked for CABOSA/Shreveport United for 3 Years and was the head coach for older teams along with heading up the girls’ academy program.

In July 2015, Coach Kiran moved to Baton Rouge. Since then, he has been the head coach for multiple BRSC Competitive Teams along with being a head coach for numerous ODP Louisiana Teams. Coach Kiran is currently the Senior Director and Houston Dynamo Talent Development Program (TDP) Director. Coach Kiran coaches the 2008 Girls Black Competitive team, 06 TDP MLS Next Boys Team along with being the Head Boys Soccer Coach at Episcopal High School of Baton Rouge.

Comments Off on Kiran Booluck