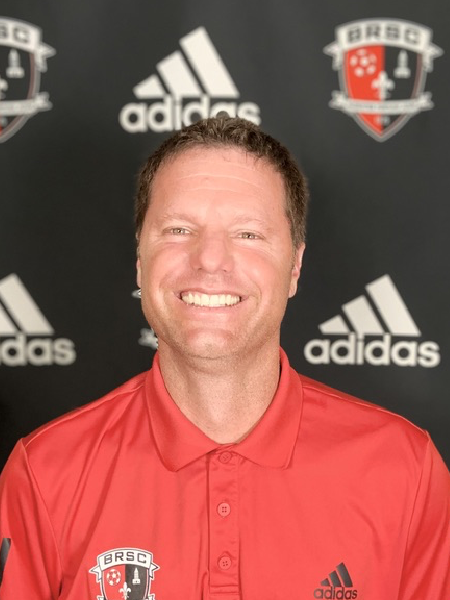 Chris Mitchell returned to BRSC on May 15th, 2017, from a seven-year stint as the Director of Capital City United Soccer Club. Chris grew up in Baton Rouge playing for BRSA and Baton Rouge High. A member of the Baton Rouge Soccer Associations inaugural select soccer program called United and Jaguars from 1982 – 1989. Team captain, district MVP, All-Metro Star of Stars, District MVP in HS. He went on to receive a scholarship to play soccer at Butler University and received a BS in Marketing. At Butler, he was a four-year letterman and selected to the All-State Collegiate soccer team in 1990. Chris played semi-professionally with the Seattle Sounders(1993) and Arkansas A’s(1994). He returned to Baton Rouge in 1998 and began coaching at BRHS (1998-2001) and with the BR Jaguars. In 1998, Chris became the Premier Soccer Director for BRSA. He ran the BRSC Premier Program from 1998 – 2010. During that time, he became head coach for University High(2001-present) and has lead them to 17 straight quarterfinal berths and two state title runner up appearances in 2009 & 2010.

Coach Mitchell currently holds his USSF “A” coaching license. Chris is married to Angie Mitchell, and they both have two girls: Sophia (07) and Savannah Mitchell (09).

Comments Off on Chris Mitchell 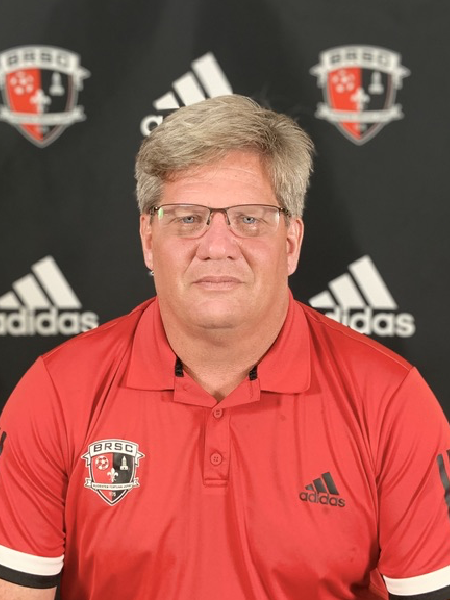 Coach Rollins brings a wealth of experience and knowledge at all levels of the game to the club. Coach Rollins played at Lyndon State College in Lyndonville, Vt, which was in the NAIA in the early ’80s. Lyndon State reached the playoffs in each season he started and was ranked in the top 20 nationally during his two seasons as a starter. Coach Rollins began coaching collegiately with Middlebury College in 1992 before moving onto Franklin Pierce College in 1993. While at Franklin Pierce, the Raven was regularly ranked in the top 5 teams in the nation. Rollins’ teams consistently advanced to the regional finals in the NCAA Division II tournament in the six years coach Rollins was with the program.

Coach Rollins concurrently was the goalkeeper coach for the Phantoms of New Hampshire of United Systems of Independent Soccer Leagues (USISL). The Phantoms was a feeder program for the New England Revolution. During his time with the Phantoms of New Hampshire, the teams were consistently in the playoffs with their best season coming in 1998 when the Phantoms reached the finals with a record of 23-8. His keepers finished with a league-low 39 goals allowed during the regular season. Phantoms goalkeeper Jeremey Bailey was among the national leaders with a .98 goals-against average and five shutouts in over 1800 minutes of play during the regular season. Coach Rollins then moved on to coaching goalkeepers with the Connecticut Wolves of the A-league under head coach Dan Gaspar. The highlight of that season was a victory over Tampa Bay in the U.S. Open Cub Tournament. Coach Rollins also was the goalkeeper coach for the University of Hartford during the 1993 season, working again with coach Gaspar.

Coach Rollins holds a USSF B license and has a Bachelor of Science in Social Sciences from Lyndon State College.

Comments Off on Richard Rollins 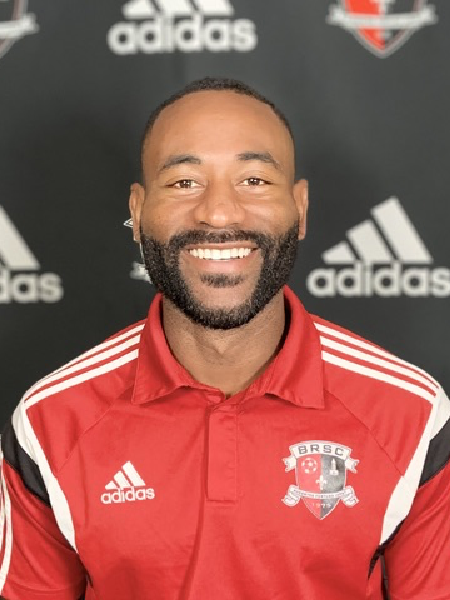 Stanley Johnson is a Louisiana native that grew up playing soccer for Shreveport United Soccer Club. He attended Caddo Magnet High School, and he joined the soccer program where was named the team MVP, in conjunction with numerous other accolades. Stanley began working with BRSC after graduating from Louisiana State University in 2015. In addition to his competitive coaching experience, Stanley also serves as an integral part of the Episcopal High School Varsity program. Coach Stanley currently holds his USSF National “E” license.

Comments Off on Stanley Johnson 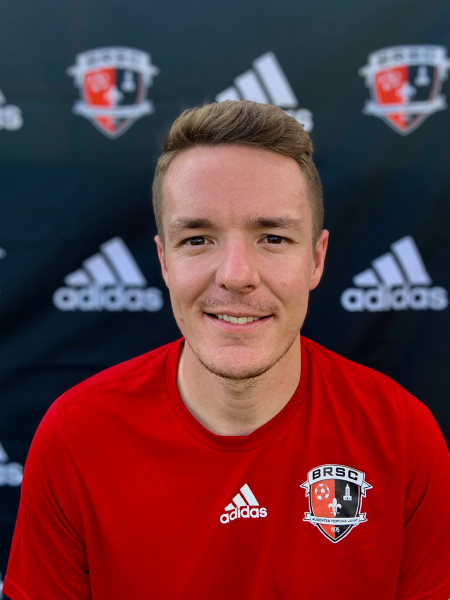 Coach Alex has been coaching since 2010 and moved to the USA in 2017 working for Challenger Sports, Ascension Flight Soccer Club, Louisiana ODP, and LA Galaxy OC. During those years, Coach Alex has coached players of all abilities and genders from ages 3-18. Coach Alex is also the Head Coach and Assistant Coach at East Ascension High School. In addition, Coach Alex was recently Director of Operations and Programs

aedwards@brsoccer.org
Comments Off on Alex Edwards 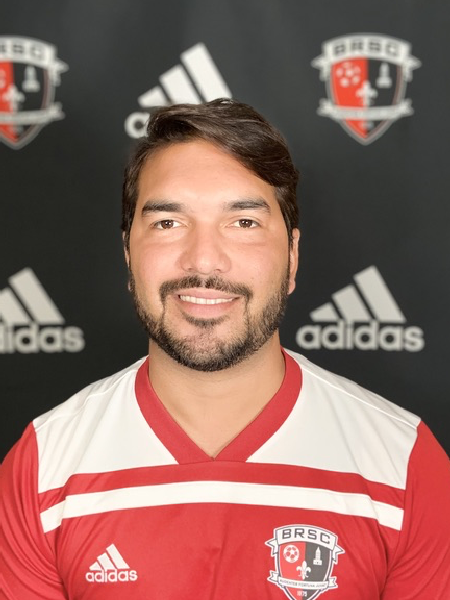 I have participated as a coach in numerous soccer camps in Kansas City, Oklahoma and Louisiana. I coached At Avila University as a men’s soccer assistant coach (2014) I coached at Catholic High School the past 3 years. First two as an assistant coach and last year as a Head Coach. I was division 1/ district 3 head coach of the year (2019) and we were division 1/district 3 champions (2019). I currently coach at Baton Rouge Soccer Club ( I worked at the academy, and coached the following age groups – u14,u15,u16,u17,u18 boys black team.) At the moment I coach both 05 boys black and 05 girls black teams.

I have a degree in Physical Education from Potiguar University (Brazil), and Kinesiology from Avila University(Kansas city-Mo) I am a certified coach license E through USSF (United States Soccer Federation)

I played on ABC.FC (Brazilian professional team) youth academy until 18 years old I played 4 years at the college level (3 years at Oklahoma Baptist University and 1 year at Avila University-MO)

matheus_caldas@hotmail.com
Comments Off on Matheus Costa